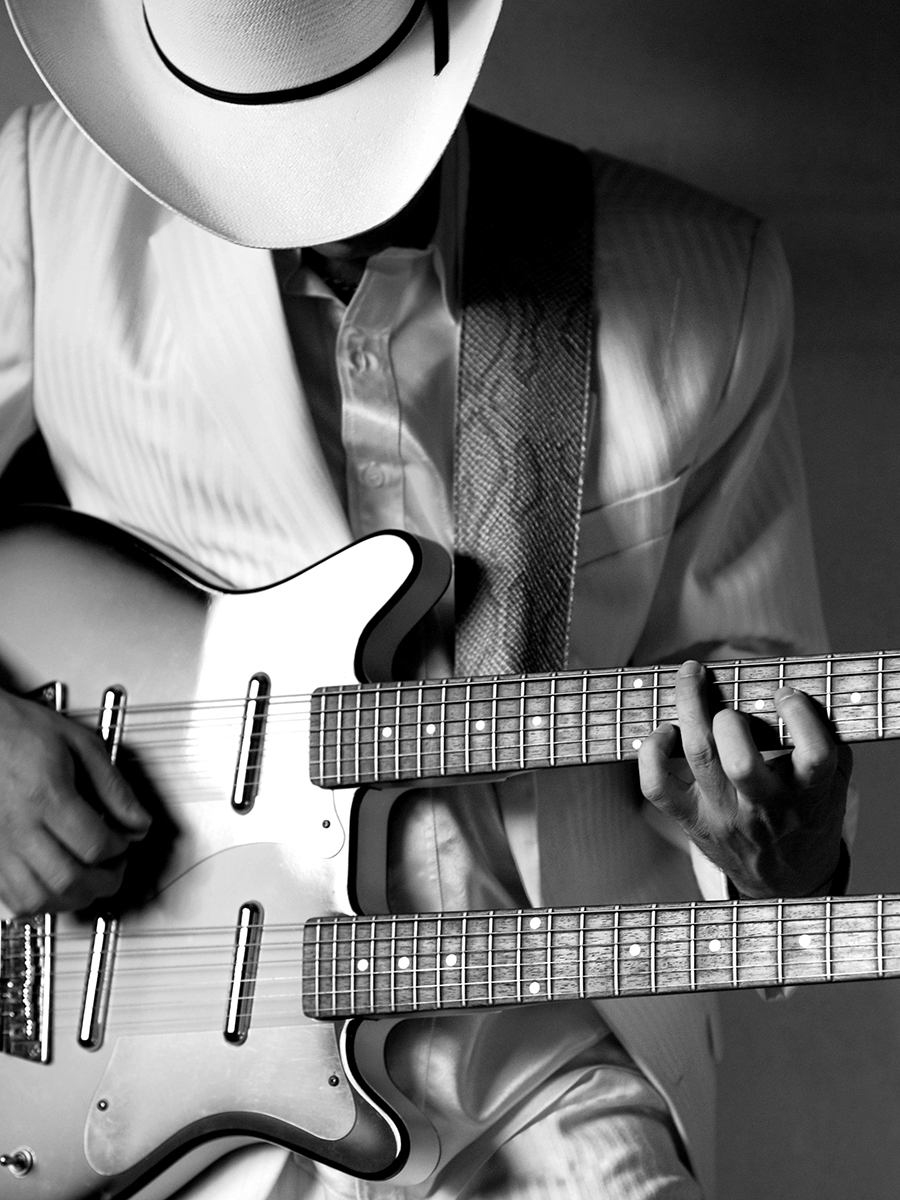 It is hardly a surprise that his two latest albums, “Freewheelin” and “Mojo Zone”, are often found in music stores next to Chet Atkins and Eric Clapton on the “guitar hero” shelf. Showcasing a mighty sounding guitar that manages to be at the same time refined and explosive, the two Electro-Fi releases have propelled Enrico Crivellaro into the upper echelons of blues-and-beyond guitar royalty. The definition of Guitar Hero might not be in harmony with Enrico’s unassuming nature and with his genuine and humble devotion to music, but it serves to thoroughly depict the status of a guitarist who has earned international fame, and who is now considered to be one of the most influential of his generation, thanks to a style that bridges Blues with Jazz and American Roots Music. Among dozens of rave reviews of “Freewheelin” and “Mojo Zone”, it might as well be Downbeat’s 4-star lead review–which is in itself every musician’s aspiration–the one that sums it all up. The world’s most prestigious Jazz and Blues magazine, Downbeat notes how “inspiration, hypnotic feeling and emotional delicacy” permeates “the gold standard for blues instrumental albums” and predicts that Enrico’s “stellar technique” will allow him to “conquer blues America”.
Born in Padova, Italy, but later relocating to Los Angeles, and now literally living in a suitcase and taking his music all around the world, Enrico Crivellaro has been able to prove that passion and talent can transcend political and cultural borders.