Heidar Saudi lived an adventurous life in the USA, Dubai and England and has 3 children and 6 grandchildren. He studied in Italy (in Perugia and Bologna) where he graduated in Pharmacy. His father had all his children studied abroad because Jordanian universities at the time weren’t qualified as they’re today. The chemist’s where he works (Sabbagh Pharmacy) is the oldest in Amman and was inaugurated in 1940.
Due to the lack of work and the high cost of living, his children moved abroad and Heidar talks to them every night via Skype and WhatsApp.
After eating pasta almost every day during his life in Italy, he became gluten intolerant, although today he keeps eating it because his wife says that only by eating it he will defeat the disease!
Heidar still speaks perfect Italian. 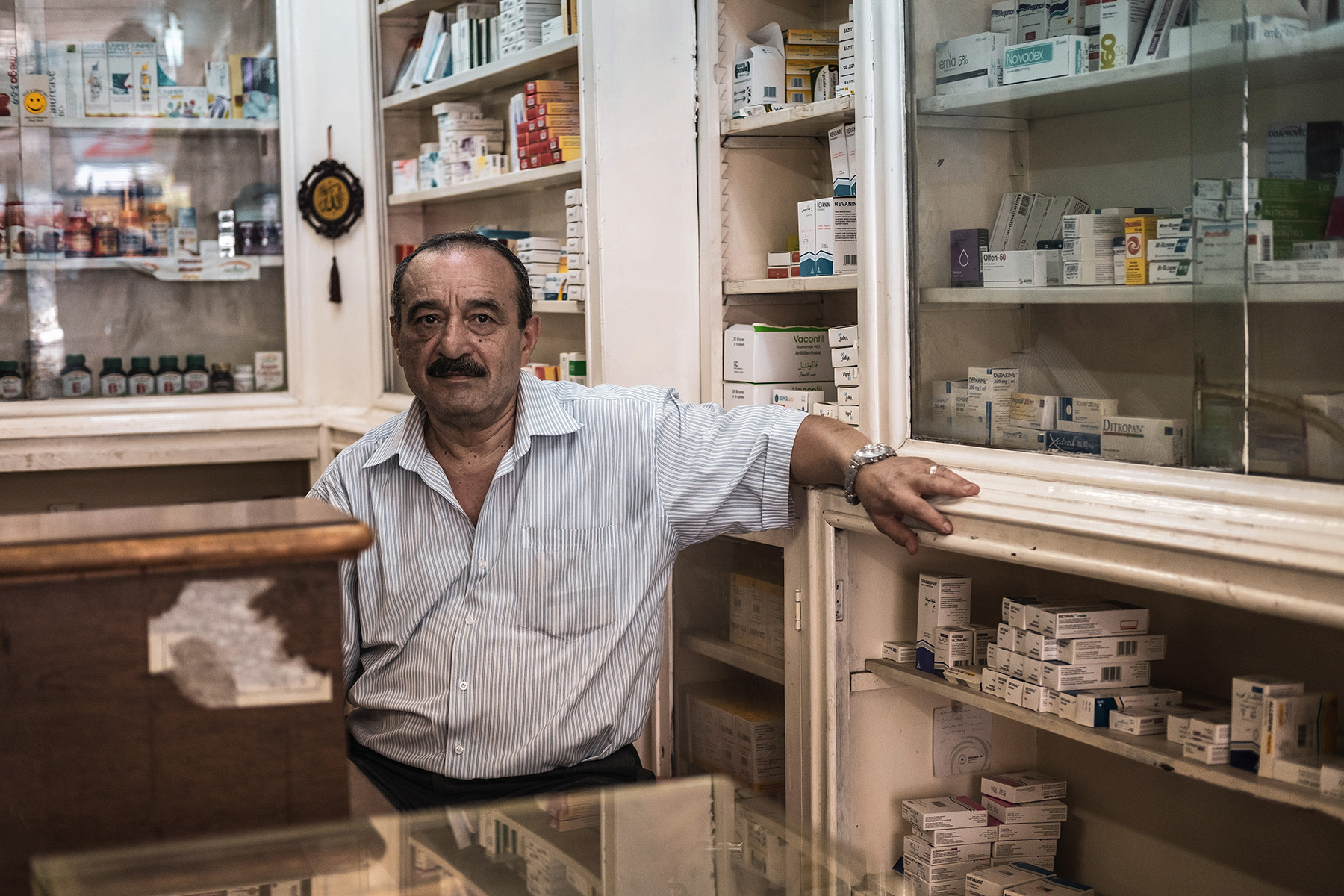