When I asked Wlid to tell me something about him he replied that his family moved from Palestine to Jordan after the end of war and that his father was a barber.
He then told me that he was circumcised as a child in his home because going to a doctor would have meant a waste of time.
Wlid is 77 years old and has been a barber since 1964. 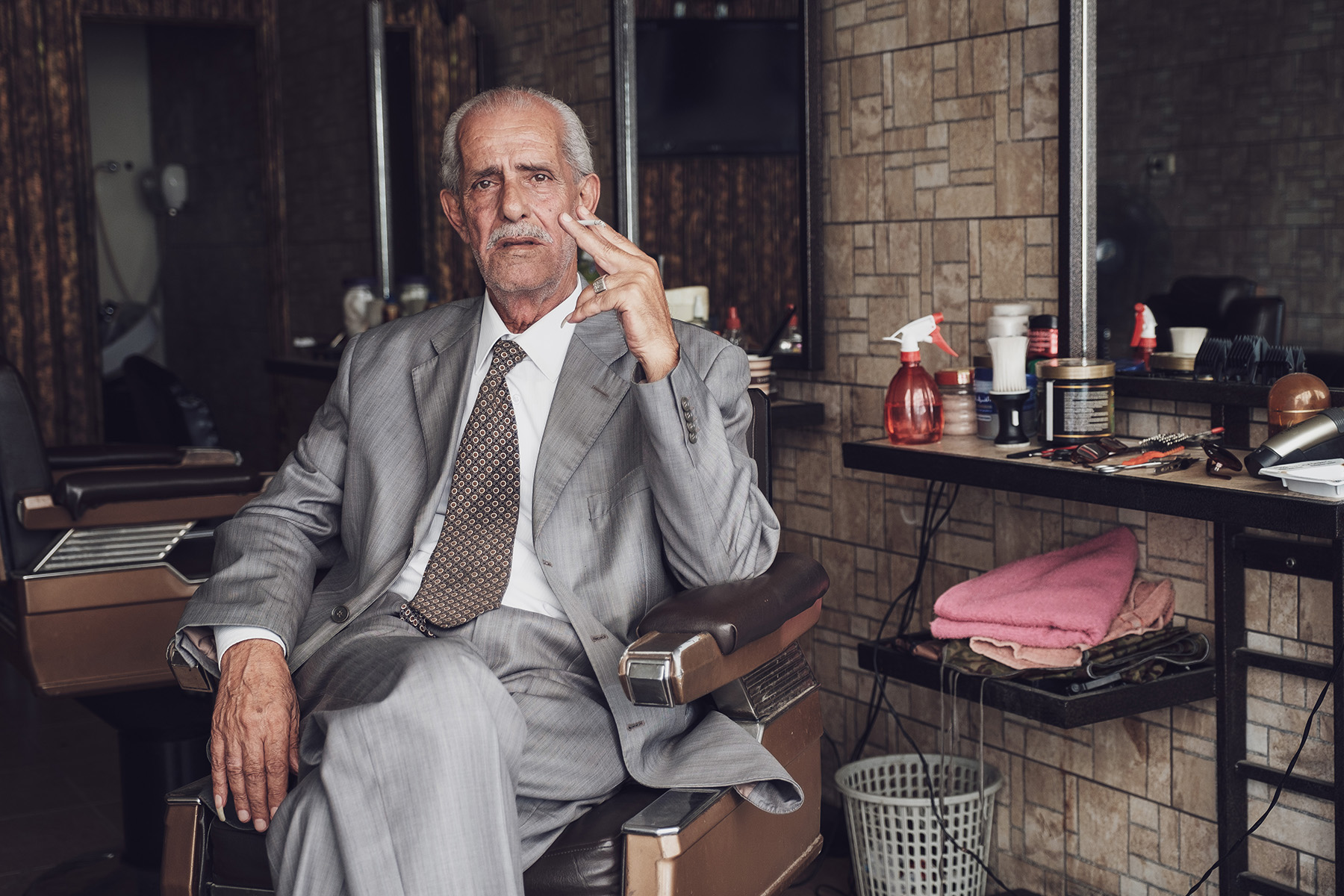