In Jordan, the gentle art of keeping pigeons is a long standing tradition. Every afternoon the Amman pigeon trainers, climb to their rooftops and release their homing pigeons. It is like a contest to see whose flock can fly the longest and farthest, and then return home. Pigeons fly in beautiful circles formations before they hear the whistle/instructions from their breeder to go home for the night. The obsession with pigeons continues after sundown, when the men descend from their roofs and meet in what are known as pigeon cafés, where they sip coffee beside room-size pigeon coops and debate the virtues of pigeon varieties. Pigeon training in Amman dates from the 1940s, when Syrian migrants arrived here and brought with them the genteel hobby embraced by middle-class craftsmen and workers. Recently, though, the sport has coarsened. An underworld has sprung up of collectors, dealers and thieves who seek to lure away the most prized pigeons or steal them. This has forced the thousands of trainers into makeshift agreements and alliances to protect their flocks. 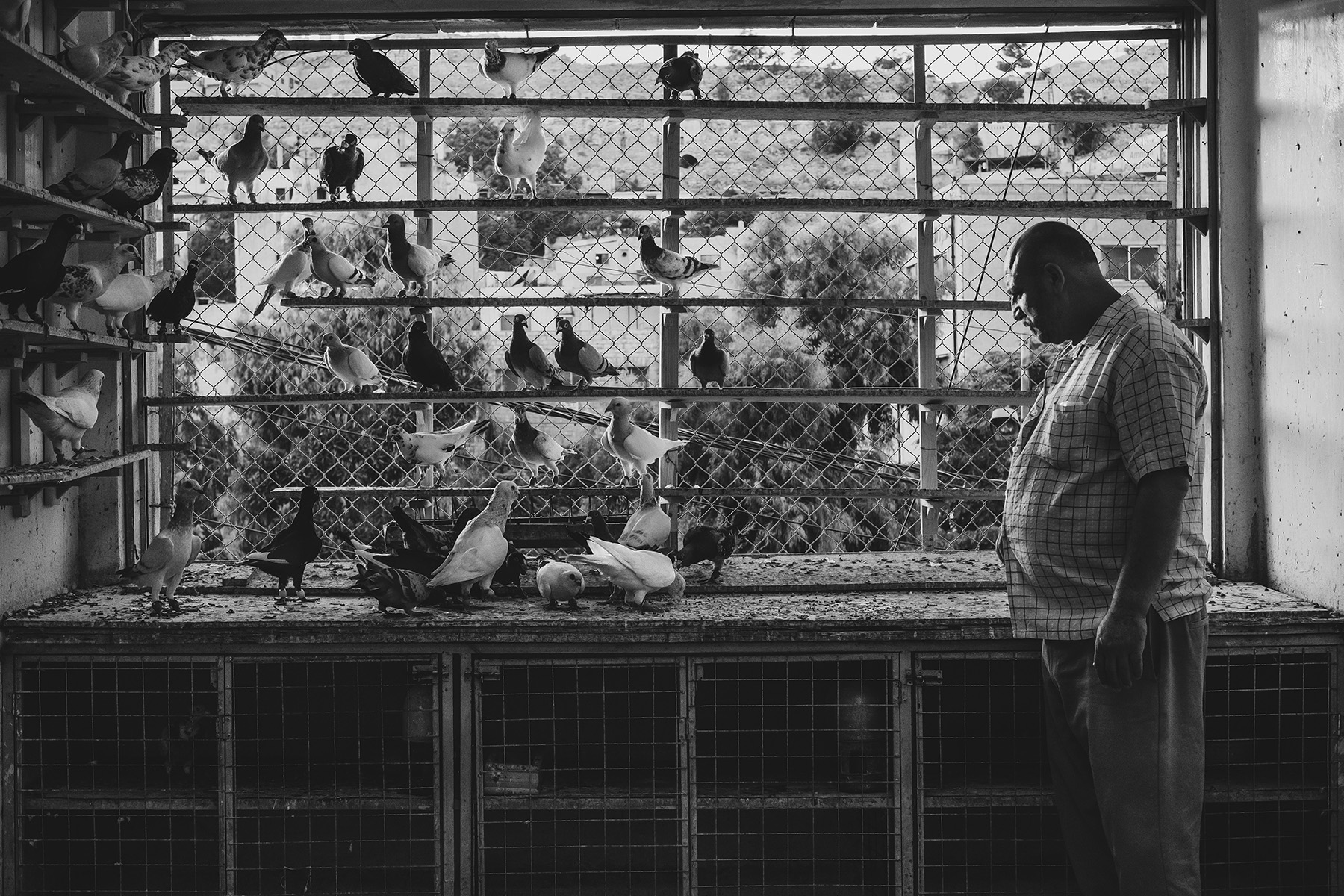